The 5 Most Common Push Up Mistakes, and How to Fix Them

It is one of the most versatile and effective exercises for upper body pushing strength, shoulder and shoulder girdle stability and to enhance core stability and energy transfer…it can basically turn you into Superman (or Superwoman) overnight. 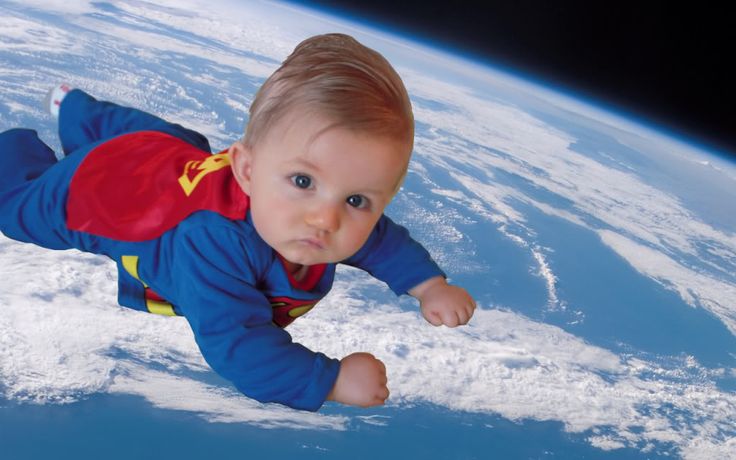 Unfortunately, it is also one of the most butchered exercises. And when the push up looks more like a rendition of “The Worm” you are setting yourself up for back, neck, shoulder and elbow pain…and not to mention you won’t be achieving that superhero figure anytime soon.

So to help you keep yourself from destroying your spine, shoulders or elbows, and to help you get closer to that superhero status, let’s cover the 5 most common mistakes and how to fix them.

This is by far the most common mistake!

When this happens the pelvis tips anteriorly (forward) which creates hyperextension in the lumbar spine (lower back). This position typically results in the feeling of back stiffness or tightness when the set completed. Overtime this will lead to pain in the back and possibly at the front of the hips as well.

In this position you are merely reinforcing a faulty postural position known as “swayback.” Your body relies on the spine and the rectus abdominus to stand, which again overtime will lead to injury, and at the very least, a weak ass body! In your push up position, you must first bring your hips up to level out the line from the shoulders to the heels. Then you need to focus on “pulling your zipper up towards your ribcage” which effectively posteriorly tilts the pelvis. You only want to do this enough to bring you back to neutral, not too much as to create a tucked under pelvis.

From this position the goal is then to lower the body as one unit, not allowing the hips to sag or rotate forward.

This will be much more challenging and for those of us who can “bang out 20 push ups” from the worm position, you will likely only be able to complete 6-10 solid reps before fatiguing into the faulty position.

If you can’t complete any push ups with this new position, simply elevate the hands to a bench, box, or table and work your way back down to the floor little by little as you gain strength.

Lastly, if you are doing this correctly you will likely feel a significant amount of core work being completed with your sets and reps…ya, dem abs will be burnin’.

The second most common mistake with the push up is reaching with the chin as the bottom of the movement is approached.

Just as with mistake #1 where you don’t want the hips to lead the push up, you also don’t want your chin to lead the push up. When this happens there is a shear force placed on your cervical spine as it goes into a forward translation, as well as hyperextension. This is no good if you want to prevent neck pain and aches down the road.

Once you achieve this good neck/chin position (as well as your hip position from mistake #1), the best way to solidify your push up is to lead the push up with your chest. This will ensure that you are no longer sagging/tilting at the hips or reaching with the chin. If anything were to hit the floor first, it should be your chest, not your hips or chin!

The next most common mistake observed with the push up involves the position of the arms/elbows relative to the body.

Because a longer lever can provide more torque, to make the push up easier we have a tendency to flare the elbows out, making a 90 degree angle with the upper arm to the body. While this may be easier from a physics standpoint, this will inevitably lead to shoulder pain.

When the arms/elbows are further from the body the shoulder joint becomes more compromised as the space in the joint is reduced. Therefore the structures of shoulder are more at risk for becoming impinged, and victim of frictional forces. Eventually the tissues will break down, and as you can imagine that is no good!

The side points of the arrow are not straight out the side (at 90 degrees) but instead they are about 45 degrees from the shaft of the arrow. This is where you want your arms to be.

This angle still provides plenty of torque force without the shoulder joint running into a compromised position.

So next time you get your push ups on, envision your body as an arrow and get your elbows to roughly 45 degrees from the body…it will be more challenging at first but you will get stronger with time and practice, and you wont be jacking your shoulders up!

Mistake #4: Not Finishing All the Way Through

The body is all about conserving energy. Because of this, it is inherently “lazy” as it does not want to expend extra energy if it doesn’t have to.

Because of this, another very common mistake with the push up occurs at the top of the movement.

What's wrong with the execution of this push up?? My new article coming out in a few days will cover the 5 most common push up mistakes keeping you from the results you want, and likely setting you up for injury! ➡️ Leave your thoughts on this push up in the comments. #pushups #pushup #strength #strengthtraining #strengthcoach #strengthandconditioning #athlete #athletes #movement #shoulders #scapula #theathleticway

Essentially you are using the shoulder joint and shoulder girdle to finish the push up, rather than the muscles around them to actively finish the movement…again, no good for optimal performance and injury prevention.

When you get to the top of the push up envision your shoulder blades wrapping up and around your ribcage, instead of staying on top of your upper back.

Also envision pushing your upper back through the ceiling. This will increase the distance between the shoulder blades. You should notice that you chest is slightly further from the floor compared to the previous finish of your push up.

A common cue used in the strength and conditioning and fitness world is to “pull your shoulder blades together as you descend into your push up.” While this isn’t inherently wrong, it sometimes creates a very extreme pulling together of the shoulder blades.

When this happens, you are essentially pinching your shoulder blades together at end range before the movement really gets going.

The shoulder blades and the arms should be moving in synchrony throughout the movement, not one first and then the other. This will place more force at the shoulder joint, as well as reinforce an unwanted movement pattern with upper body pushing and pulling movements.

Essentially, do not allow them to collapse together at the start of the push up!

Here is an extra bonus mistake.

When you approach the bottom of the push up you do not want your shoulder blades to tip forward or the elbows to pass too far behind the body.

What this does is place extra stress at the front of the shoulder, where many of us will typically experience pain during faulty upper body movements.

Throughout the descent into the push up, imagine tipping your shoulder blades backwards. When you get to the bottom of the push up do not allow your elbows to pass too far behind your back.

Shoot for finishing with the elbows in line with the top of your back, and if you pass slightly behind that is OK.

Get Your Push Up Right

When the push up is completed with proper execution it is one of the best exercises for upper body strength, shoulder stability and to enhance energy transfer throughout the body.

It is a staple in world class training programs for a reason…it works!

But when the push up, like any other movement, is not executed properly, not only are you not going to achieve the desired outcomes, but you are likely setting yourself up for injury and pain.

Take the points covered in this article and DO NOT let injury and pain be the result of crushing hundreds and thousands of push ups!

***Just so you know how invested I am in helping out The Athletic Way community, my shoulder was pretty cranky from busting through all of the “don’t friggin do” videos…I hope you enjoyed!