Eccentric Emphasis Training: A Method You Should Use…Here is Why and How!

Eccentric Emphasis Training: A Method You Should Use…Here is Why and How (and a sample program)!

One of the best methods to take advantage of is eccentric emphasis training (EET).

The eccentric phase of a movement is the phase where the muscles producing the movement are lengthening while contracting.

For example, during a squat the quads and glutes are lengthening as you descend into the bottom of the squat. At the same time they are contracting to prevent you from collapsing to the floor. This is the eccentric action.

The quads and glutes would then concentrically contract (shorten while contracting) to get you out of the bottom of the squat and return to the standing position.

The resistance of your body plus and outside resistance such as a loaded barbell is providing more force than the quads and glutes are producing, therefore they are lengthening during the eccentric portion.

Another example could be the pecs and triceps during the lowering phase of a push up. They are both lengthening as you are descending, and they are both contracting to prevent you from smashing you face on the floor.

So eccentric emphasis training would be when you emphasize, or spend more time than normal on the eccentric contraction.

Why should you emphasize the eccentric phase?

There are a few key benefits to EET that regular eccentric concentric speed training does not fully optimize.

During regular speed training we descend into a movement, or lower the resistance, in a fashion that is controlled, but not so controlled that we expend more energy than necessary to complete.

While this is conducive to using more resistance during the concentric phase of the movement, it often does not allow us to feel and maintain optimal tension throughout the entire movement. With this lack of tension, form begins to fade as fatigue sets in and we end up looking like newborn giraffe wobbling around as we get deeper into the set.

This means by dedicating time to an eccentric emphasis block, technique is shored up as the more time spent under tension provides greater response from the nervous system helping you solidify a movement pathway and coordination.

Motor control and learning is more efficiently achieved with a slower eccentric action.

This is especially important when you are performing a new lift, or if you are a new to the training game in general.

In many cases, especially within the athletic world, non contact injuries occur during the deceleration phase of movement.

The muscles and tendons themselves are not strong enough to properly dissipate the forces produced when decelerating a movement or joint, and therefore they are likely to experience damage, or a strain.

By improving the strength of the eccentric contraction, your ability to decelerate becomes greater. This provides a better base to then control forces and limit the likeliness of an injury during deceleration.

Again this is critical when it comes to sports, but movements such as sprinting, cutting and jumping are incorporated into many of our training programs.

Also, aside from quick explosive movements, slower eccentrics and deceleration work helps to teach the tension necessary to control heavy loads such as those we experience under a heavy load, especially during more dynamic movements including forward, reverse, lateral and walking lunges, etc.

Closely related to the previous point, eccentric exercise helps to strengthen the entire muscle-tendon unit, allowing it to better absorb force before failure, as was described in an analysis of research in the Journal of Orthopedic and Sports Physical Therapy (2).

EET allows the tendons themselves to experience an increase in stiffness, making them more durable to the forces exerted on them. 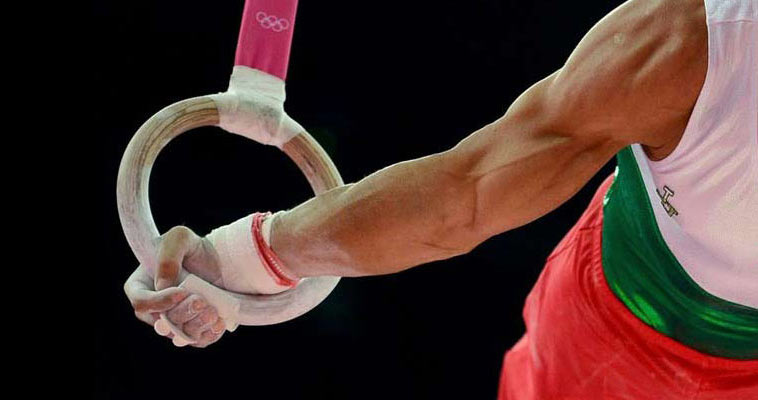 With an increase in tendon stiffness and an overall ability to absorb and dissipate force, the muscle-tendon unit becomes more resilient and your risk of injury decreases.

It is no secret that you can handle more weight on the eccentric portion of the movement than you can on the concentric.

During a maximal lift no one ever fails lowering the weight, but instead when trying to reverse directions and accelerate the weight.

The tricky part is you will often need a spotter (or two) to effectively and safely use these loads during most compound movements.

You can lower the weight in a slow and controlled fashion and when you are ready to reverse directions your partner(s) simply assist you in lifting the resistance.

You can also have your partner apply additional resistance during the eccentric phase only such as pushing down on the barbell as you lower it to your chest during the bench press. Your partner then releases from the bar and you push the bar away from your chest.

However, you don’t necessarily need a partner as you can use methods such as the 2/1 or two movements technique as described in this article by Christian Thibaudeau.

However you choose to use it, the eccentric portion of a movement can handle greater forces than that of the concentric portion, therefore helping to better improve strength outcomes.

Possibly the greatest benefit of EET with regards to the majority of lifters is the enhanced result in muscle hypertrophy.

An earlier finding by Vandenburgh (1987) proposed that the greatest stimulus for muscle hypertrophy occurs when a muscle is stretched under load (3).

The stretching of a muscle while under load increases the mircrotrauma to the contractile and structural components of the muscles. This subcellular damage signals physiological responses that are responsible for the repair and growth of muscle tissue (4). With that, you can see why emphasizing the eccentric portion of a movement is best to maximize hypertrophy as it is going to stimulate a greater repair and growth response.

Closely related to the last point, muscles will grow when stretched under load, and they will also lengthen as there is a need for the muscles to add sarcomeres in series (the contractile unit of a muscle).

In the simplest form, this means that the muscle, when lengthening under load, will have to adapt and add length so the next time the muscle experiences the same forces, it has a greater range of motion to do so.

This effectively helps to solidify the new range of motion that is found with exercises and stretches throughout your program.

As with every training method, there is a point where the return on investment with will diminish. And past a certain point, EET will limit your ability to train hard, recover and adapt.

With this in mind, there are two major components to EET where many of us go wrong.

1) Since it has been shown that the eccentric portion of the movement is responsible for a majority of the strength and size gains you we experience with training, it is human nature to think that spending more and more time on the eccentric will beget greater results.

Although this thought process seems to make sense, it was actually found that faster eccentric contractions result in greater strength and hypertrophic adaptations. It was concluded that it was likely do to a greater amount of protein remodeling (5).

So slowing the eccentric movement down significantly will not create a greater stimulus, and is likely less effective than a quicker eccentric phase.

With this in mind, I suggest spending no more than 5 seconds on the eccentric phase of a movement.

Another benefit of keeping the eccentric phase of the movement to 5 seconds or less is the fact that you will be able to utilize a higher load. The more time under tension there is, the more fatigue will accumulate and this fatigue will limit the amount of resistance you can use…no good when you are trying to maximize strength and size.

2) Along the same lines of a longer eccentric phase, many of us overdue the total volume of EET.

EET not only creates a greater amount of micro-trauma, but it also places a significant amount of stress on the nervous system.

Although the anatomical damage and neural stress are beneficial to stimulate growth and adaptation, if the stimulus is too large, recovery will be compromised and subsequent training sessions will suffer.

Again, while these results will lead to an environment that encourages hypertrophic adaptations and increases in strength, if taken too far the initial negative effects can be detrimental to long term progress.

Therefore instead of falling for the “more is better” that many lifters find themselves becoming victim too, utilize EET conservatively.

Start with a 3-4 week block where you implement EET into the first major lift of each session. If you are working on a full body split, you can utilize EET on the primary lower body as well as upper body movement.

Follow that up with some lower intensity, moderate volume assistance work and get out of the weight room and onto recovery.

While we all enjoy a good bout of DOMS from time to time, don’t be that jackass who chases soreness and thinks the session was worthless if the next day you are not walking down the stairs sideways for the fear that you might tear your quad and grind your face down the remaining stairs.

Hopefully you are convinced that you should be using EET to help you achieve the fitness and performance you are looking for. If you want more help designing a program that incorporates EET as well as many other quality training methods, shoot me a MESSAGE HERE and I’ll help you get started (or continue) building the body you want.