Yoga, Stretching and Relative Stiffness…What You NEED to Know!

Two of the most common talked about topics in the fitness world are yoga and stretching. While there are different camps describing the good, the bad and the ugly of both, I do not subscribe to any one camp.

I feel that yoga can be good, and extremely beneficial for some. And at the very least, yoga attire is among the best…in my opinion anyway.

I also feel that yoga can be bad for many who are already lax (loose) individuals who need more strength and stability, and not the last couple inches in order to scratch the top of your head with your big toe.

Both yoga and stretching can be good, bad or, when improperly executed, it can leave you more messed up than The Weekend’s hairstyle.

The issue is that many times we are unaware what proper execution actually is, or we are instructed to perform the positions or stretch in a way that is going to cause more harm than good.

Let’s take a look at the principles that must be taken into consideration, and applied, in order to optimize yoga (if you are into it) and stretching…and to prevent what could be a nice addition to your training from becoming a form of self sabotage.

Whether you are striking a yoga pose, or trying to stretch out your hip flexor, the position of your joints is the number one consideration.

The goal of both yoga and stretching is to attack the muscles (as well as the nervous system), but when joints are not in a neutral position to start, the muscles that surround the joints can not be targeted the way we intend them to be.

Instead, we are likely to place more stress on the passive structures of the joint including the ligaments, cartilage and the bones themselves.

For example, lets look at the cobra pose and the common hip flexor stretch. When the lumbar spine and hip are too far from neutral (both in extension), the pose and stretch are placing stress on the spinous processes of the spine and the anterior hip capsule (respectively). This can be seen in the pictures above.

So rather than targeting the rectus abdominus and hip flexors, the pose and stretch are now placing stress on the passive structures and joints themselves. Over time these stresses on the joints can lead to degradation of the ligaments and cartilage, and can also lead to fractures of the bony structures.

2. Joints are meant to stay within certain ranges of motion

Closely related to the first point, the joints of our body are meant to stay within certain ranges of motion.

The issue is that the mindset of “more is better” is a very common belief when it comes to poses and stretches. When this approach is implemented, the joints travel too far from their neutral position and again, this will place stress on the surrounding structures.

It would take an entire book in itself to describe the proper ranges of motion for every joint in the body, but lets take a quick look at two common joints that are put into excessive ranges of motion “on the reg.”

Many of us like to stretch out the shoulders, but if you are forcing the shoulder into a position where the hands can almost touch behind your back, or you are taking a stick and “dislocating” the shoulder (just the name implies there is a problem with this one), you are more than likely forcing excessive forces through the front of the shoulder.

Again taking a look at the common hip flexor stretch, if your goal is too simply push the hip as far forward as you can, you are actually taking the head of the femur and causing it to glide forward in the hip joint. This places forces through the anterior hip capsule that will likely lead to hip instability. 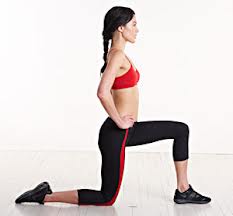 The point is that if you are focused on trying to drive as much range of motion possible, you may be putting joints through a “danger zone” when it comes to tissue health and passive structure integrity.

Understand where a joint should be, and shouldn’t be, and try to avoid pushing into extreme ranges of motion.

She explains that human movement occurs over a series of joints, and are influenced by the surrounding musculature.

Since different muscles act on the same joint/joints, if one muscle is more stiff than another, it will have a greater influence/pull on that joint.

Sahrman uses the analogy of two springs hooked together, one thicker than the other, to demonstrate this point.

Putting this back into terms of the body, when one muscle is more stiff than another, the smaller muscle will stretch more easily and the joint that both muscles act upon will shift in the direction of least resistance.

This issue with this occurs when the joint should not shift/move when there is a certain movement that is taking place.

For example, taking another look at hip flexor stretch, when the hip flexor is more stiff than the core musculature, both of which pull on the hip, the hip flexor will pull the hip down into an anterior tilt and the lower back will fall into hyperextension. Now if the core musculature is stiffer than the hip flexor, the core will hold the hip in a good alignment while the hip flexor elongates, taking stress off of the back and executing the stretch where it is meant to take place (in the hip flexor).

So stiffening up certain muscles should be a focus of our training programs, along with desensitizing muscles that are too stiff (this is where yoga and stretching play a factor).

This principle of relative stiffness must be taken into account for every joint, during every movement, including yoga and stretching.

This principle also begs the question, do we actually need to stretch, or should we focus on stiffening certain muscles instead?

My thought is that if you can already contort yourself into a human pretzel, you likely will not benefit much from the movement aspect from either yoga or stretching. In fact, you will be more likely to end up pushing into the ranges of motion that can result in more harm than good.

It would behoove you to focus on strengthening/stiffening certain muscles to create a better base of stability from which to move, rather than working to become more flexible.

Yoga and stretching have another huge benefit other than simply addressing the physical extensibility of a muscle(s).

Many times the focus on breathing that comes with yoga, and the systemic relaxation effect of both yoga and stretching can help you shift from a sympathetic state (fight or flight) to a parasympathetic state (rest and digest).

Anything that can help you “shut it down” a bit will help with your recovery and overall health.

So because of this, I would say that both yoga and stretching can be beneficial for everyone, but only when the above principles are taken into account!

Go ahead and practice yoga, and stretch out as it will likely help you chill out a bit and return your system to homeostasis more effectively.

But only do so making sure that every pose and stretch is performed with joints in neutral positions, avoiding extreme ranges of motion and taking the concept of relative stiffness into account.

I wish I could provide an entire breakdown of every joint, taking relative stiffness into account, but that would be hundreds of pages.

If you are taking a yoga class, or performing stretches, just make sure you understand the points discussed in order to optimize both, and prevent them from destroying your progress.

If you have any questions or comments, shoot!

And help us out and pass this along to friends and family who you know would benefit from this information.

To your health and performance,